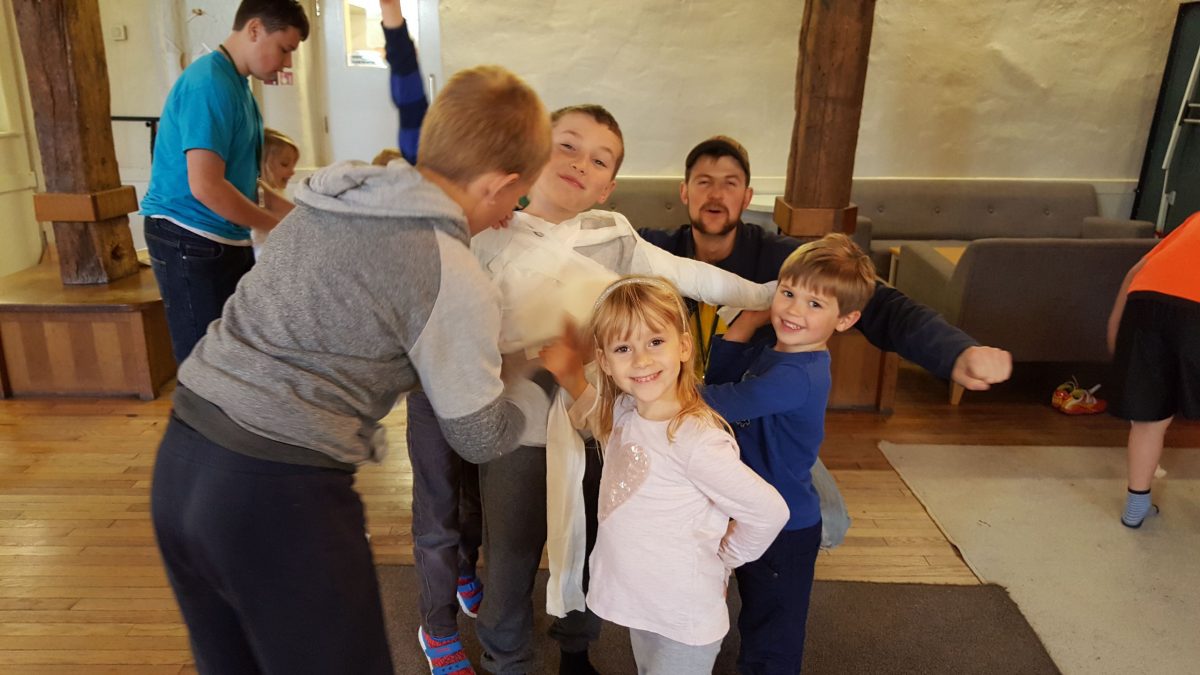 I can’t believe that we are half way through the year already, and so much has happened at Manor Farm. Andy, our new youth worker has settle very well, he is such an asset to our small team, shares the load, and is a voice of considered wisdom when we need it most. Andy, is ably assisted by our gap year volunteer Francis who brings huge enthusiasm and energy to the clubs. Both Andy and Francis have worked hard at building relationships and gaining the young people and children’s trust.

We have rearranged our clubs this year so that we have been able to have two teenaged clubs a week. The club is called ‘Vibe’ and after some interesting times in the autumn we have settled into a good rhythm. There was an interesting atmosphere in the autumn – after some discernment it became clear that it was one of fear. We were afraid of the extreme disruptive behaviour brought into the building by one group of young people and as a result the young people themselves were also afraid. Miraculously things have changed – prayer, discernment and a turn of events which meant that the more disruptive element have not been coming to ‘Vibe’ has left us with an entirely different atmosphere. As a result we are now able to work with the 20 or so regular attenders, building relationships and offering a place of peace and fun, and a chance to learn new skills etc. We have a tight team of workers at this club and we are growing in courage and wisdom.

Our work in the schools has continued and grown. Andy and Francis go into Tadcaster Grammar school on a weekly basis and run a lunch time social club. This is well attended and is a good way to build relationships with a different group of young people. ‘Mum’s Talk’ is flourishing with up to ten parents and their under 5’s attending regularly. Andy leads ‘Tribe'(primary aged club) and is training some of the teenagers to be young leaders. This is not without its challenges, and we are always looking for innovative ways to engage and influence them for the good.

If you feel that you could give an hour or two we are always looking for volunteers, and if you would like to support our work you can do this through the Charity Checkout button on this website.
Funding allowing we are hoping to open the Skatepark on a weekly basis in the summer term. More on this at at later date. Thank you for continued support of the project.